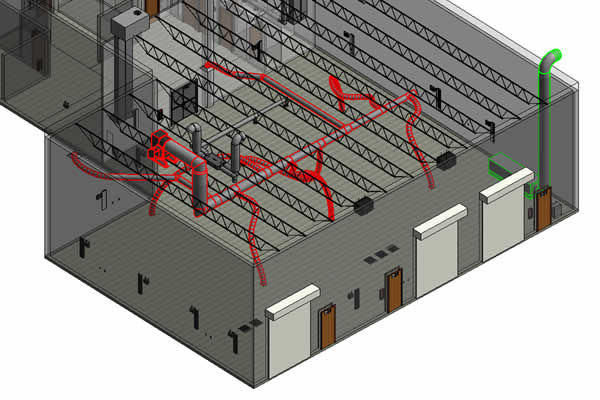 Lexus Engineering was retained for the mechanical and electrical design of “Those Guys Garage” repair garage in Strathcona County.

The floor area of 5200 ft2 with a ceiling height of 20 feet was designed to simultaneously repair 6 trucks. The HVAC system was designed to ensure that the CO/NOx concentration in the space was not to exceed 25 ppm (CO) / 3 ppm (NOX) for Threshold Limit Values for a safe working environment as per ACGIH guidelines.

Calculations yielded that a 4000 cfm (0.75 cfm/ft2) make up air unit and exhaust fan with provisions for source capture of the contaminant directly from the exhaust tail pipe of the trucks would be sufficient to maintain the space at safe levels. Our calculations yielded that if there were a release of 5 ft^3 of CO into the space (30 seconds of tail pipe exhaust from 6 trucks released into the space without source capture) the space could be normalized to acceptable levels within 17 minutes of system run time.

Let’s Start a Project Together 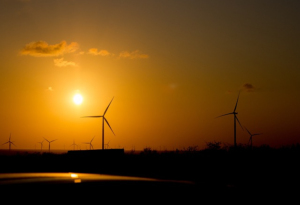 Discover the Power of Efficiency: Uncovering Savings With an Energy Audit

Discover the Power of Efficiency: Uncovering Savings With an Energy Audit   Are you and your business looking for ways to save money and enhance 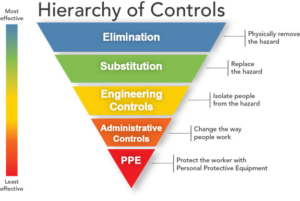 Intra Oral Devices including High-Volume Evacuators and Saliva Ejectors – How effective are they? Pre-Procedural Rinse Studies indicate the use of pre-procedural rinse prior to

According to the statistics and recent studies by government organizations, Dentistry related professions, including dentists, dental hygienists, and dental technicians rank amongst the top 4

Radon has been called the silent killer that most people do not know about. In her book called “Radon should be on your radar”, Author

IAQ is Indoor Air Quality – it is one of the most important factors affecting your health and well-being. Environmental Protection Agency (EPA) indicate that 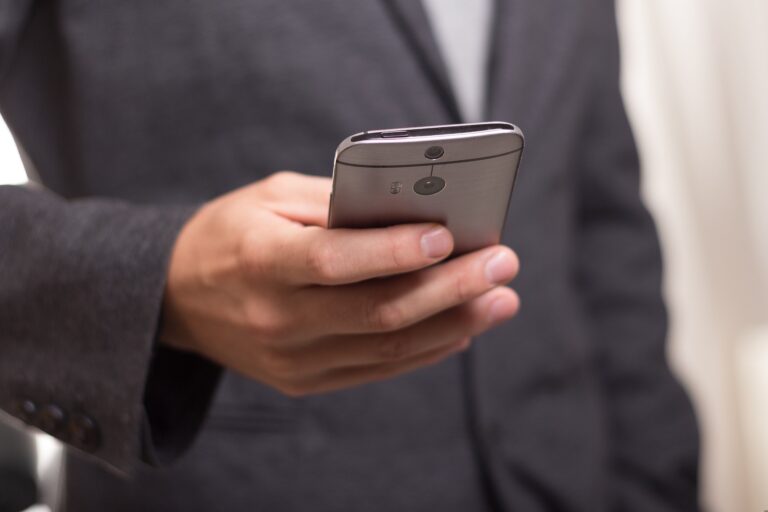